This work arose when people from the building where I have my studio invited me to participate in an open studio event. I did not want to participate in an open studio event from the commonplace objective to show and sell work, or to recruit students for courses. I do not view my artisthood from these objectives. But I recognized the question of the value of (visual) art in society, and the status of artists in society, in the friction between this commonplace objective and my own perception of my artisthood. No Art Gallery originated from this friction and these questions, and is made for the context of the showing and selling of art: whether it is during an open studio event, a fair or otherwise.

The title is derived from a somewhat pamphletic, manifesto-like text of Ad Reinhardt from the sixties, describing art by means of the via negativa: 'No art as a commodity or a jobberry. Art is not the spiritual side of business'. In addition to the contraction of No Art and (Art) Gallery, I found the lines at the same time to have an ambiguous quality as a marketing slogan. That's why I've made a banner of these sentences, such as is done for advertising at sports fields, on the facade of commercial premises or along public roads.

From the past year, I had collected quotes from various art professionals - artists, gallerists, critics and policy makers. I added to this some quotes from Hugo Ball, that were written during the First World War. I printed these quotes on painting linen, as the perhaps most archetypal art medium for the public. When people from outside the art world, talk about art, they usually seem to think of painters first: the narrative of modern art, through Van Gogh, the impressionists, Braque and Picasso, the -isms, to the abstract expressionists of the fifties and sixties of the twentieth century.

In addition, I asked some colleagues to provide work for No Art Gallery. By adding autonomous work to No Art Gallery, to temporarily include those in it, work that wasn't made for it, I want to make the questions of No Art Gallery more urgent and immediate. You immediately see what is at stake. No Art Gallery is no abstraction, but deals with the place  the work and the lives of artists who live and work here and now, occupy or is assigned to .

During the actualisation of No Art Gallery on the days of the open studio event, visitors appeared to pick up the questions No Art Gallery arose from, and a good number of them actually took place in the circle of conversation around the table that I placed in the middle of my studio, that temporarily changed into No Art Gallery. The circle as an image of the meeting and the discourse that is (contemporary) art. 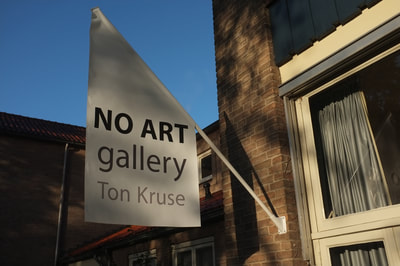 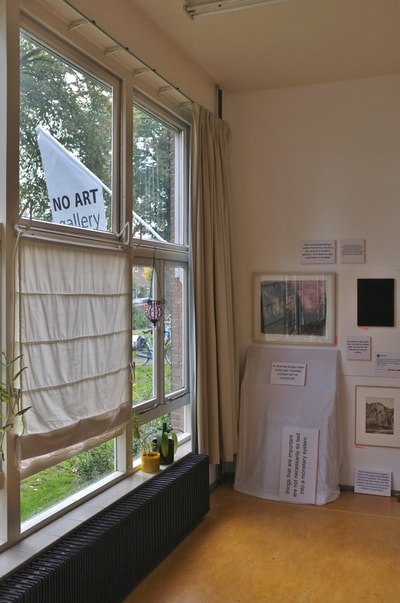 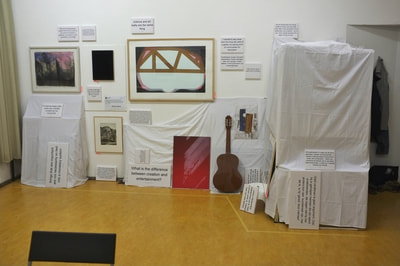 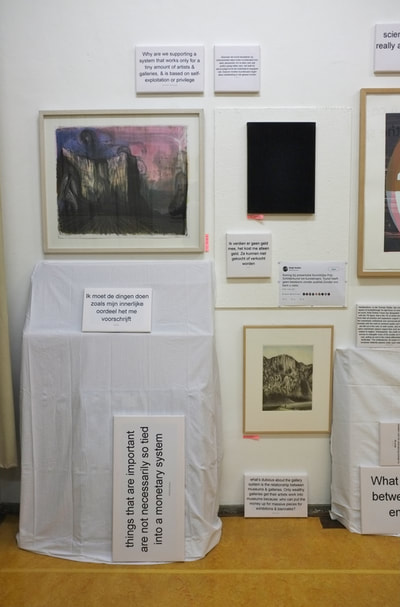 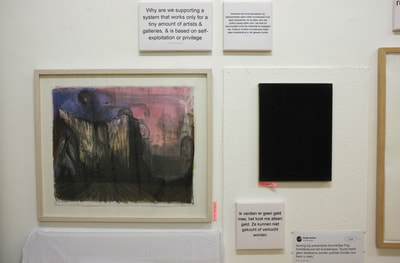 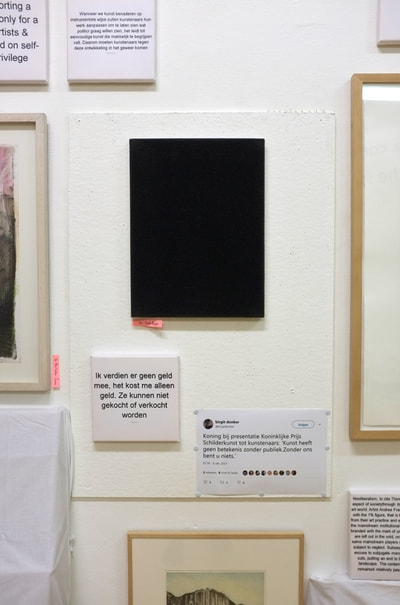 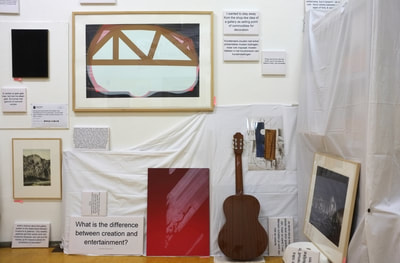 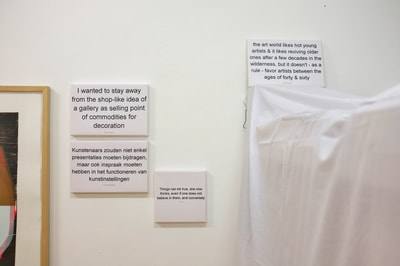 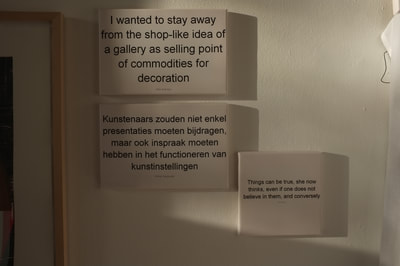 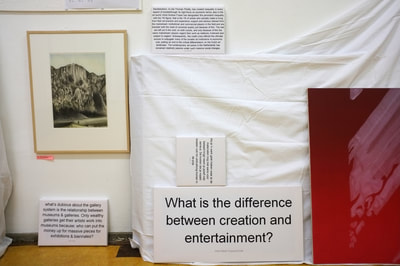 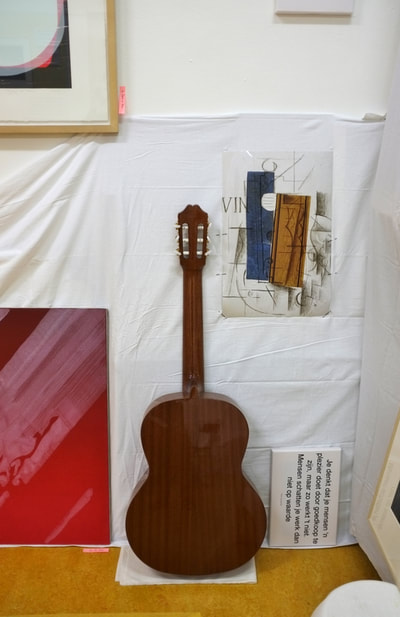 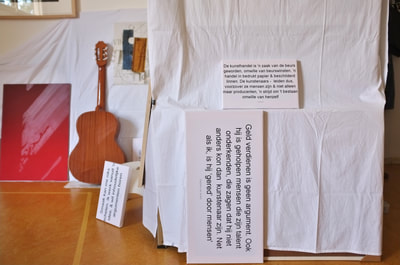 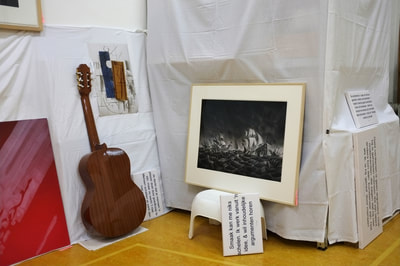 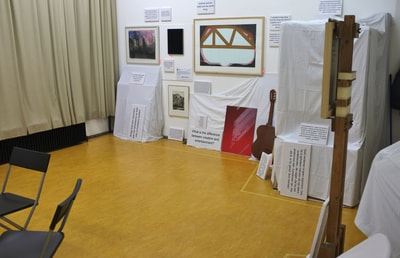 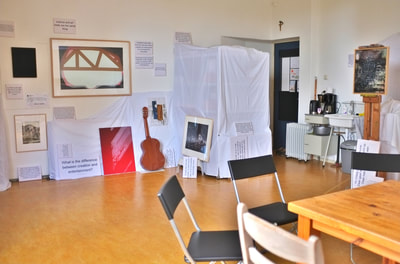 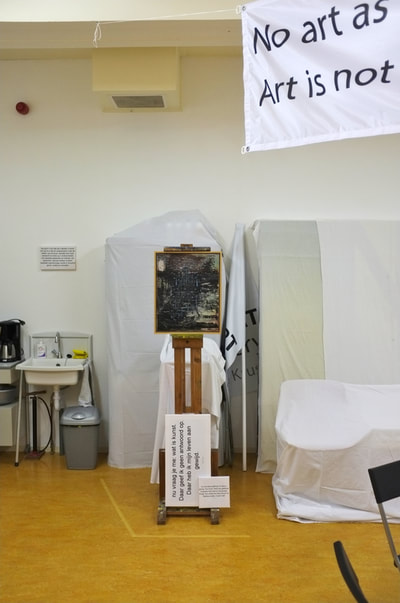 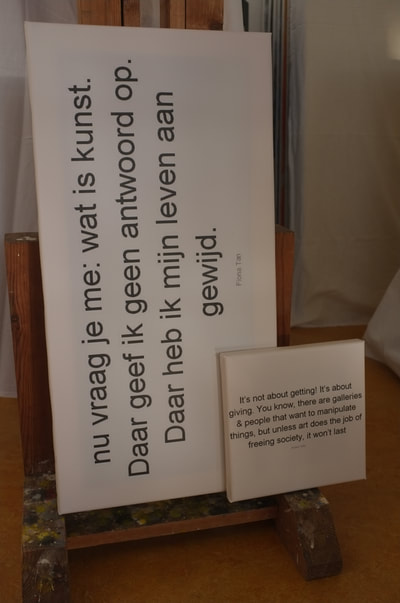 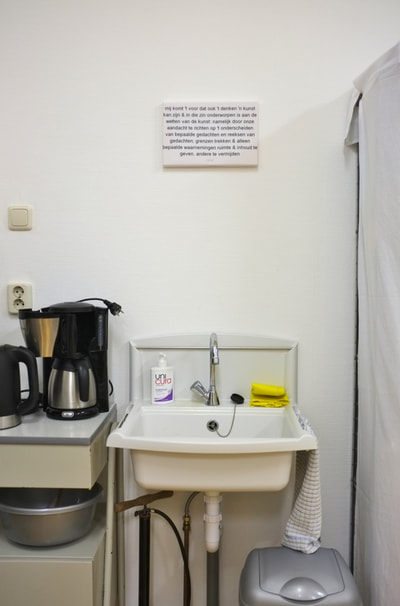 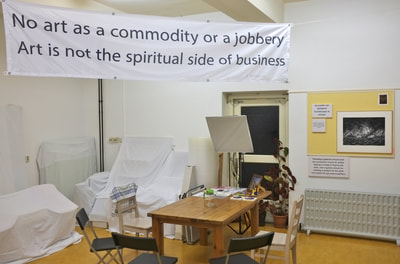 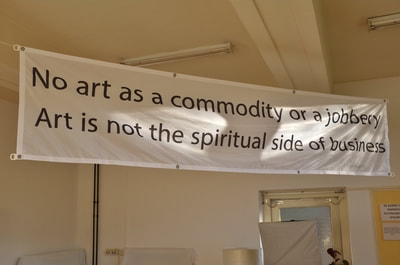 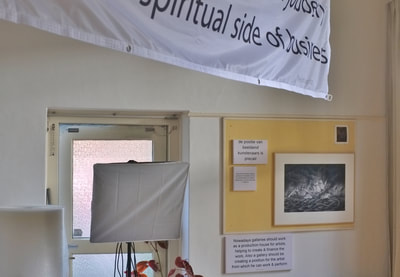 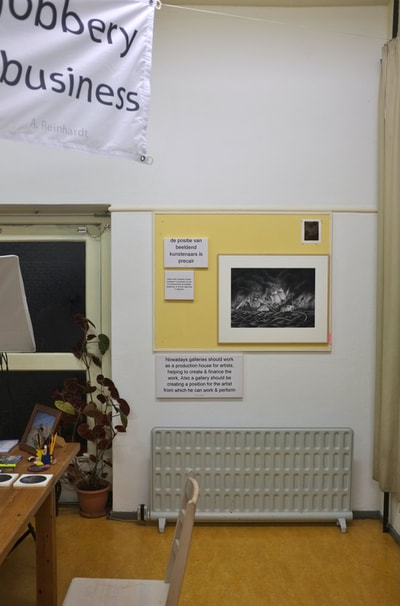 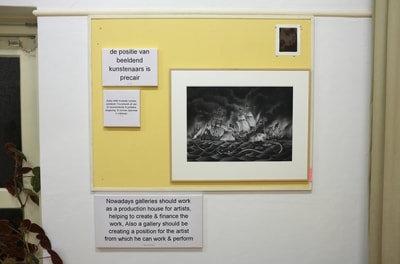