In the eighties and nineties, the visual culture of MTV was an important and interesting medium. I was interested in how supposed boundaries between media, between 'high' and 'low' culture, between art and kitsch, between performance, music and visual arts, but also between art and reality, were exceeded and broken in the world of musicvideos and popmusic. From my artists practice, I started working with the 'concept' popmusic / popartist. That became this project, under the heading " California Maybe ", a line from a movie. Quoting lines from movies and television, and placing them in a new, poetic context, thus shifting and deepening their meaning, played an important role in this project, as it did in my further work from that period.

The "cover" of the tape consists of a beautiful slide that I found at a flea market: a holidaypicture of a beach at sunset. The horizon is not horizontal. The sand is cluttered by tires. There are hardly any breakers. The sun is small and pale. The pursuit of happiness and beauty, and the cliché of it, and then the 'not' of reality. On the inlay, I used a picture of myself where I pose for the work "I must tell you that I am a robot," and some photos of a piece which I did in the city. Marleen van der Weerd performed some events I wrote for the public space, with which I wanted to disrupt the patina of "everything is OK" that overlays everyday life. The 'not quite' of reality.

The first song is based on a short film that I worked on at that time. Unfortunately, the filmmaterial has been lost, maybe I'll be able to make this film once again some day. The words describe the scenes from the film. The 'snow' on television that slowly 'solidifies' is an image that I literally used in an installation that I made at the International Video Festival in Leeuwarden. The clock stops ticking, but as soon as the main character looks up at the clock it starts ticking again. The flow of time that solidifies and stops running, unnoticed. Musically I wanted to try out what I could do with a string arrangement.

The second song is based upon the disappearing and the changing of belief in God. It was written from the perspective of God as a Person, as an Individual. God is a Boy who lived alone in the universe and adopts the earth, and especially the people who lived on it, to have something to care for. But His approach isn't very succesful, since the people become smarter than He had imagined. They don't need Him anymore and they abandon Him. Alone once more. It is interesting from a psychological perspective what being alone in the universe means for a human being. Such a lyric or story is of course always about yourself, and says more about you than about God. God here, is a 'fiction' through which I try to understand myself. Musically I use illogical combinations of harmonies in the various movements of the song. I also use random patterns in the rhythm section.

The third song is taken from the soundtrack of the film "West Side", wich remained unfinished. For this film I worked together with Frank Bruinsma (now owning the Super8 Reversal Lab) on found footage of a hospital series for television, from the late seventies or early eighties. By cutting scenes therefrom and re-arranging them, and re-synchronising the dialogues with dialogues I wrote myself, I asked questions about the boundaries between reality and our perception of it. I created a digital soundtrack by programming a computer to produce random hiss and hum. A few short arrangements of the theme that I wrote for the film divided the scenes, and this song would sound under the last scene and during the credits. Musically I was looking for a derailment, and the new synthesis of various musical elements that made their entrance in the seventies movie soundtracks. For instance, the French filmmusic by Francis Lai and showtunes á la the "Loveboat". The "slick" and the "grand" combined with the personal and sensitive. The dialogue in the beginning of the recording, I arranged from audio recordings I made from "The Amazing Colossal Man" from 1957.

The fourth song is an acoustic version of a song that I wrote for another project, in which I worked together with a childhood friend. The lyric that he had previously written for this song was marked by an insincere celebrating of emptiness. I wanted to appropriate the song back again by writing a heartfelt lyric about longing for the sharing of existence, and to find meaning in that. The Horror Vacui as an existential given, focusing not so much on the neurotic search for explanations, but rather on the sincere searching for meaning and connection. At that time the "unplugged" recording or performance was a novelty, a musical form that would guarantee the sincerity and authenticity of a recording. By using this novel form deliberately, which happened a lot at that time, it actually became just hugely insincere and untrue. I wanted to record this song unplugged to also take back the sincerity of the form, and reclaim it. Just as I had done by rewriting the lyric.

The last recording is a version with an accordion arrangement of a song that I had written earlier. It is about the relationship between the generations. How we inherit a world and a world view in our upbringing, coming from how our ancestors lived and dealed with themselves and the world. For me the lyric is about the struggle to find yourself after an upbringing in which certain values were 'transferred' to you wich ultimately alienated you from who you really are. However, I articulate this thought here in a non-subjective, objectifying way. The dialogues I took from "Poltergeist" Part 2. 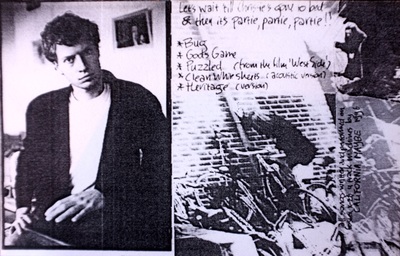 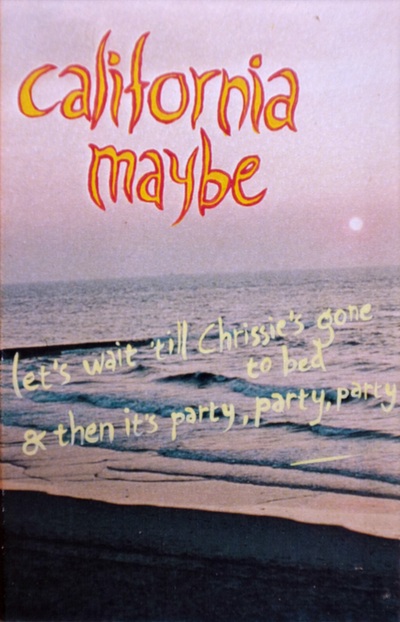