the film: West Side

Out of found footage from an old American hospitalsoap I made a new film. From this 16 mm found footage the soundtrack was missing. For the different scenes, that I created from the found footage, I wrote new dialogues that I dubbed with the voices of friends, family and acquaintances. In this film, the narrative was subordinate to atmosphere and form. By its nature, there is little action in a soap, and the bulk of the material from a soap is always made up by dialogue.

What kept me engaged in this work was the question of what reality was real, and when. Or perhaps better: how an inner reality, or the reality of a work of art, relates to the reality of everyday life. In a long-running soap opera I came across an episode in which a character continually broke into conversation with the statement: "You're not facing reality", or "You must face reality." This seemed to me to be a very profound question, especially when it is made in the context of something so contrived as a soap opera. Because: what is reality? Is it the reality of our experience, of our thoughts? Is it the empirical reality of science applied to everyday life? Or: the 'world' of a soap opera, of a story, of a narrative? I suspect that for a human being all these different realities, all these different 'worlds', interlock in a more or less obvious way. They form a unity. A unity, moreover, that is regularly placed under stress or pressure when the different realities point to different directions.

The work remained recognizable as a soap opera, but the recognizability was broken by the artificiality of the dubbed dialogue, and the "open" narrative. Namely the narrative had no easy, logical, sequential, narrative structure. The viewer had to look for the "logic" of the work himself, had to discover it for himself, as the logic lay outside the strictly narrative. I wanted to examine how meaning is found in telling, without the story having a head and a tail, in between wich a history is unfolded step by step. After all, a human life is often biographical thickened into a story in which people almost inevitably seem to have fulfilled their 'fate' or 'vocation' - but it seemed to me that a life (my life) never unfolds itself so straightforward. There are many dead-end bits, many storylines that exist but are never elaborated. Really the steps you take in life are rarely 'logical' or inevitable. Life is perhaps more seeking and discovering: Who am I and what am I doing here? What is this world, and how do I relate to it? In the final song of the soundtrack I gave words to these type of questions that are relevant to this work.

While working on the scenes and dialogues I started working on the soundtrack as well. I wanted to compose a clear theme that would return throughout the film in different arrangements. These interludes I used as a "transition" between the different scenes. In soaps a scene often ends with a final sentence, a cliffhanger, that gets a special emphasis by the camera zooming in on the face of that character. In the interludes the musical theme returned with a reworking of relevant material. For example something from the previous scene, or something that was still to come, or something which adds to the foregoing. Thus the intermezzo became a breathing space, a moment to settle the foregoing, and also an extra 'story' in the film. A storyline though without any narrative structure.

In the seventies, it was not uncommon when somewhere in a movie suddenly a song erupted, to which images were loosely composed. A moment in which the narrative time was thickened and also interrupted. Think of a film like "Vivre pour vivre" of Claude Lelouch, with the iconic music by Francis Lai. I therefore wanted to have a song erupting somewhere in this work. The artificiality of such an interference I thought significant. Should film perhaps aim to be precisely not "realistic"? But precisely emphasize and exploit the very contrived nature of itself? The moment for the song to erupt was the final scene, in which you would see the several soap opera characters leave the hospital together, under a bright blue sky. During the credits the song ran out.

As a backdrop to the dialogues I designed soundscapes of hiss and hum. I programmed sounds and created a program that randomly produced structures that arose and evolved. The film started with scenes in the corridor of the hospital. It then moves from open environments to increasingly more closed environments. The final scene took place around a hospital bed. I wanted a form in which you were taken along, ever deeper into the inner world of this film. To an ever more urgent level, where the questions that are relevant to this film became ever more pointed. But finally it had to have a 'happy ending'. Appropriate to the genre of the American filmgenre, and appropriate to the human desire for a "good ending": finding destiny, luck, or meaning. That it's all been worth while.

Unfortunately, by circumstances this film was never completed as a whole. A friend of the time, Frank Bruinsma, who worked with me on the film, made a trailer for the film which has played at several festivals. Except for that, what remains of this work is only the tape from my archives, with recordings of the pieces of the soundtrack. 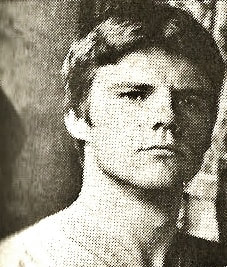