I made this installationpiece for the Second International Video Festival in Leeuwarden in 1996. The work follows on 'Installation #1', with wich I graduated from the AKI, Academy of Fine Arts in Enschede.

The work consisted of a halve cube, three faces of a cube, which were painted in a dark blue. In this half-open space a table was placed with two monitors on top. These were placed opposite eachother. The video that was played on one monitor was reflected in the screen of the other, and vice versa.

One video consisted of an adaptation of  'static', or 'snow': the white noise that was found on an analog television when it was tuned inbetween channels. The sound of this noise was also heard on the video. Both parts, image and sound, underwent a gradual development in the montage. An important effect of this was that the 'snow' at some point appeared to solidify. The movement of the 'snow' became syrupy until it eventally stopped.

The other video consisted of a real-time recording of the reflection of an interior in the window of a room of an apartment. A human figure is seen sitting watching television in this reflection. On the bottom right the top of a televisionscreen is just to be seen.

A number of small photographs in yellow frames were hung underneath one another on one of the standing walls. They were cankered color pictures of a landscape with ponies in the snow. I took these photos as a boy, with a miniature camera that was given to me by my grandparents. I had never had them developped in all these years. Time had affected the photographs.

At the top of the standing walls of the cube-shaped, semi-open space, were yellow silhouettes of a reclining figure applied with the same yellow paint as that from the photoframes. It's the type of silhouette that detectives make of the position in wich the victim was found at a crimescene. This silhouette comes from "Installation #1", just as the icons of the candlelight bulb and the satellitedish. These were used as a wallpaper pattern in that piece. The half-open cubical space is also coming from "Installation #1, though it were shaped more organical there.

The silhouettes can be seen as constellations.

When I was asked to make an installation piece for the art festival, I decided to use 'images' that I had available. I was able to work on elements that came from a previous installation, and the image of the solidifying snow, the 'static' on the television, was formed in a short film where I worked on at that time. During the working process the pictures of the snowy landscape from my past got involved, since I had coincidentally had them developped at this time while I was working on this piece.

In this work, the static, the noise, the 'snow' on television, forms a starting point. The television captures the snow from the airwaves. The noise consists of light- and radiowaves that excist in the ether. In the chaos of the 'snow' your mind sometimes creates order. You start seeing patterns in the chaos, which immediately start to slide and glide. You can not fix this pattern in your mind. You may not consciously have looked for it. Your consciousness suddenly sees unintentionally.

I combined this data with the idea of television itself. Receiving image. Communication, actually one sided communication. Transmitter-receiver. In the static the televisionviewer receives chaos, in which his consciousness sometimes, unintentionally, creates order - in the form of gliding patterns.

The element of time is present in that watching of television. Time slipping in immobility. The "solidification" of the snow comes here from. Intuitively, it is a picture of loneliness and aimlessness. Disorder of your existence. Meaninglessness. Isn't that what chaos is? Snow is chaos on the TV. The image of the silhouette of the victim of a crimescene thereby brings the connotation of finality. The solidification of time.

The lone figure watching tele in a room of a flat is partly biographical. The everydayness of that image returns in the use of the kitchentable. The bare ordinariness of everyday life can also be found in the watching of TV and in the pictures of the snowy landscape. I think this loneliness is about the existential loneliness of the individual. The artificiality of the television or the modern internet communication emerges in the image of that candlelight bulb. The candle that can give no real warmth . The satellitedish is about communication, picking up signs, searching for connection. Opposite the chaos is the order. Relationships are a structures that people engage with each other. In the relationship life is given meaning. The chaos longs for the order of structures that connect.

As I'm writing this, I would say that the central ideas of this work circle around the contrast of chaos and order, connection and communication, and loneliness. 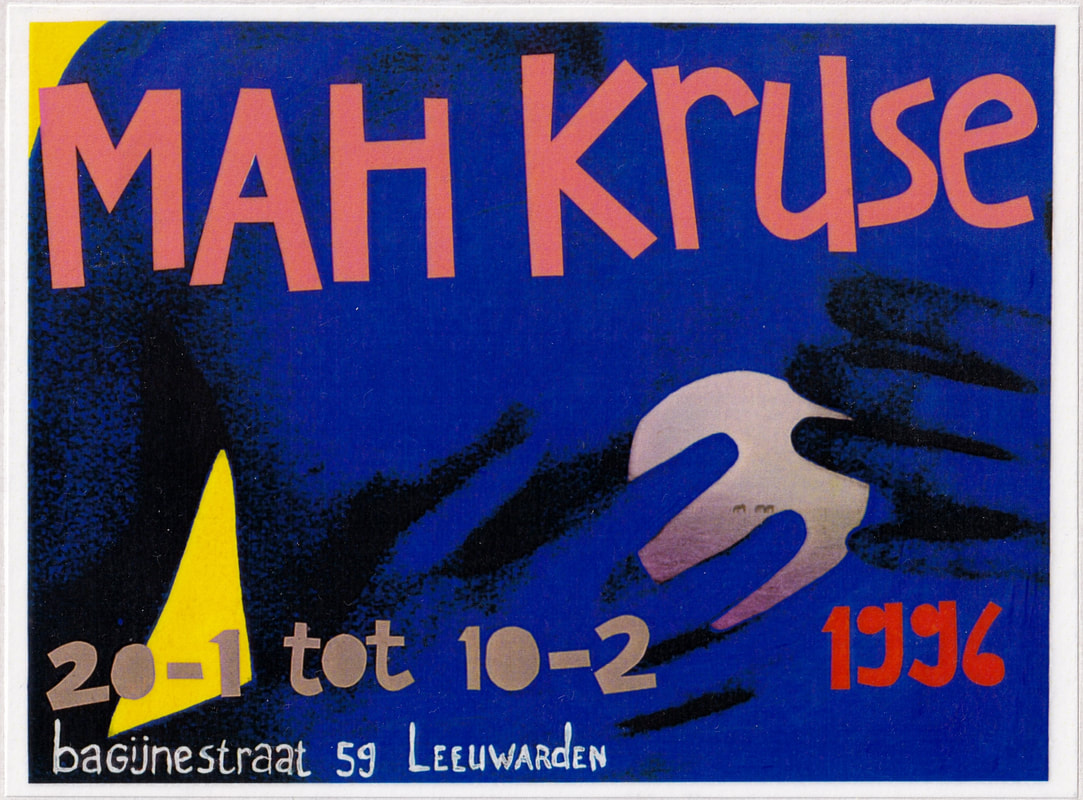