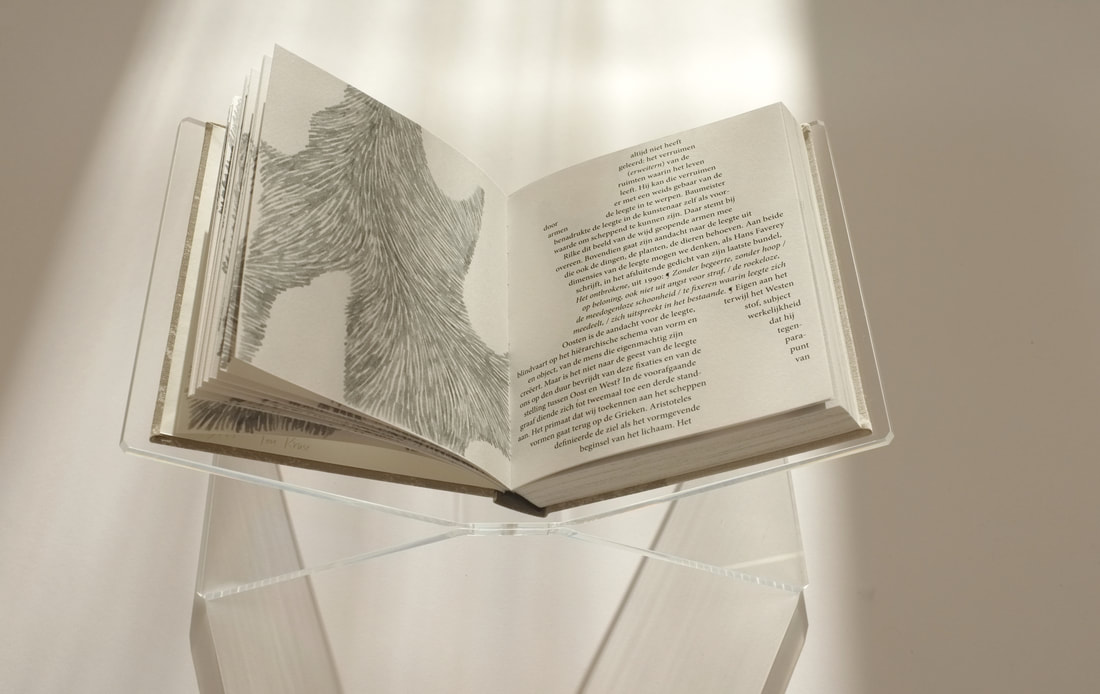 I have been working on the Hortus Conclusus project since 2009. One of the works that emerged from this project is a codex, a book. Not an ordinary book, in the sense of a classical collection of texts and/or images, but an autonomous work of art in the form of a book.

I asked (20-10-2014) philosopher, emeritus principal lecturer of the department of Philosophy of the University of Leiden, and published author (a.o. Vantilt, Boom, SUN), dr. Gerard Visser, to write a text for the codex, which he did: 'minding emptiness' (28-10-2015).

In his scientific work 'acquiescence' (publisher SUN, 2008), Gerard Visser applies the 'mood/mind' ('gemoed' in Dutch doesn't have an exact synonym in English) and the 'letting be' in the writings of Meister Eckhart to the contemporary culture of rationality and experience. In this I saw a fascinating connection between Gerard's thinking and my project Hortus Conclusus. The emptiness that Meister Eckhart seeks and appreciates, can - in my view - enter a relationship with the open space in imagination, from which my project starts.

The text by Gerard Visser forms, together with elements from earlier work that came into being in this project, the material for the design of the codex. The concept, which includes the text, the visual art and the design, forms the concrete content of the codex. Gerard: "My text is feeling very honored."

The fundamental idea of ​​the work is an enclosed space, that you cannot see from the outside. You can only catch a glimpse of the inside, but nevertheless it is a space that is encountered physically: it is not a mere fabrication of imagination. That physical space, which is enclosed and shielded from sight, functions already - without you actually knowing it or being able to enter it - in the imagination. A space that creates space in the imagination. But the space itself is not imagined, it is an actual place. A place that leaves "be". Unplanned space that is not filled in instrumentally. The space has no purpose. The space is its own goal. An unintended goal. Space left open, which is nevertheless preserved, since it is enclosed and protected. The forms used are therefore not fixed, but slip between your fingers, evolve. It may be and may become what it is and becomes. Retained (kept), but not fixed.

I have used concrete elements from earlier work from the Hortus Conclusus project. These include photographed and drawn shadows. The form of the text and the drawings is taken from those. But also a photo of a beech leaf on a deserted sand path - an unpaved historical lane, which has hardly any instrumental significance for the infrastructure. I used that leaf as shape of the glimpse from the outside. The inside of the folded page in the middle is derived as well from older work in the project. And that's also where the hatching comes from, from that earlier work. View images of some earlier work from the project via the link at the bottom of this page.

The technical implementation of my ideas turned out to be quite complicated for the designer, the printer and the binder. The apparent simplicity is deceptive.

Kjeld de Ruyter, Puntspatie Amsterdam, took care of the implementation​ of the design of the codex, and was financed by crowdfunding (voordekunst.nl february 2016). Kjeld: "For me it remains a special project."

Printing and binding is taken care of by Ivo Sikkema, Ruparo Amsterdam. Ivo: "It was a challenging project that I have enjoyed working on."

There are 5 copies left available for purchase still, order by using the contactform on the Dutch version of this webpage.

The text in the codex is in Dutch. 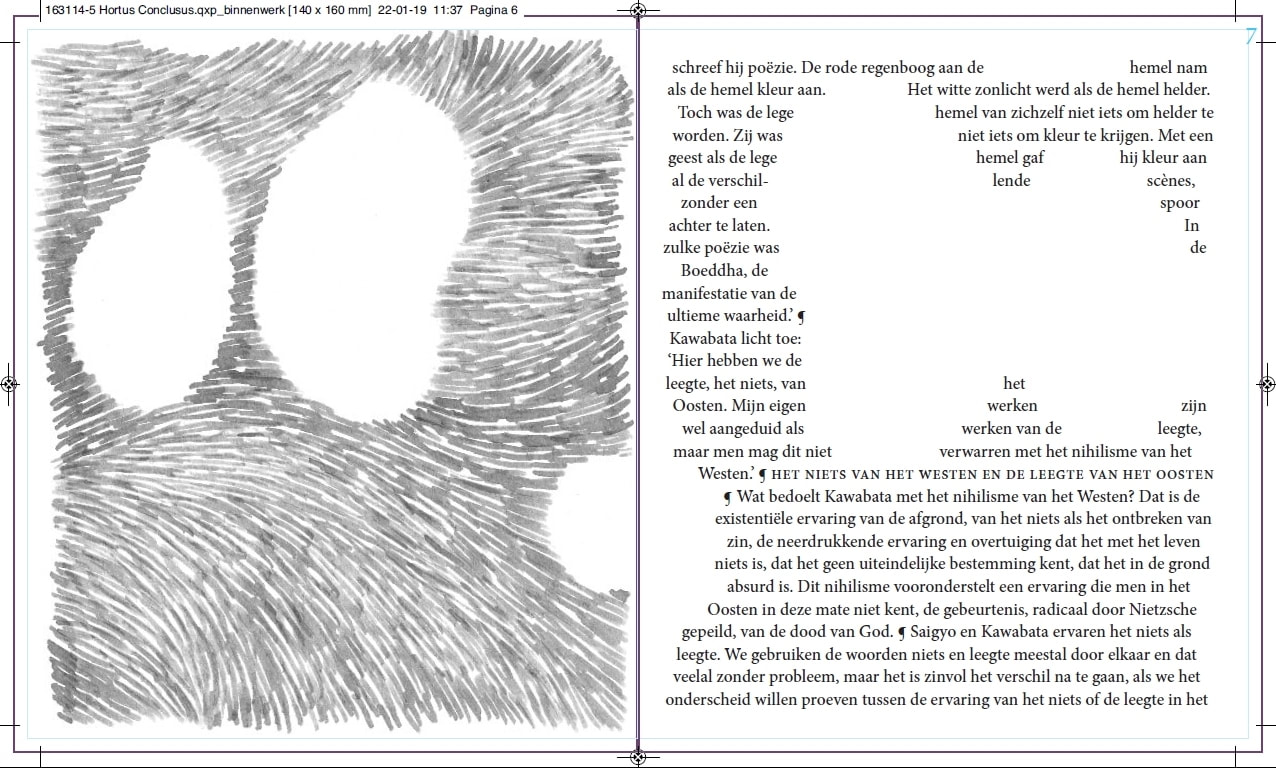